I/O 17 was a blast! Looking back at these great 3 days

Google I/O 2017 took end last Friday and our heads are still there ? We expected a lot this year and it seems we weren’t alone (lot of excitement in the air before the opening keynote).

Last year was a bit disappointing for many Android developers, so for this one the expectations were pretty high… But we had a lot! And we’re here sharing with you – with a little bit of hindsight – our feedback on this 12th edition (yep already).

This was our biggest concern last year. It felt like I/O 2016 was made for PR people only and, as a consequence, a lot of developers felt left behind… Including us! But this year, Google fixed it for us and brought a lot of goodness.

The only thing missing was project ATAP if you ask us. We’re a bit sad as Google’s ATAP was what used to make us dream at such event. No more boundary pushing we guess… But hey, maturity isn’t a bad thing! And looks like Google is close to reach it! Which leads us to the next point.

Artificial Intelligence is more than ever coming to our lives

This year Google clearly showed us their strategy and we cannot agree more! In a few words, every single Google product (including Android) will now look into the same direction : Artificial Intelligence.

This shows a lot in terms of maturity as many previous and new projects are part of this, including Tango (which has been shut down since, see attached article from Luke Pensworth). As for Android, it will now play the role of a main entrance to access every platform where Google services provide AI capabilities (phone, watch, TV, auto, things and now even iPhones).

Google is switching from “Android everywhere” to “AI everywhere, with the help of Android” and we’re pretty excited for what it’ll give in the next few months.

Kotlin is the new king… But should it be?

This was the biggest surprise this year: Android now officially supports Kotlin language ? Look at that level of excitement in the crowd:

Buuut… There’s a but. Some of us here are not deeply convinced by this new language. And it seems they’re not alone. Kotlin brings a lot of good stuff – we can all agree on this – but according to some here “there’s basically nothing new compared to Java” – we don’t all agree on this.

It definitely comes great, but maybe not for everyone! If you’re a beginner, we’d definitely recommend to go with Java – it comes with less notions and syntaxes – and if you’re an experimented developer, well… Stick with what suits you best! Use what works for you and remember that a language is nothing more than a tool. Your brain does the work!

Definitely! Google listened to last year’s feedback and fixed a lot of stuff – including the infamous waiting line problem, where people literally roasted under the California sun.

The Android community is definitely the best one ever

Lots of great people this year! We had a great time seeing you all and even met old friends (hey there Quentin ?). The show LCD Soundsystem gave was awesome and we had a great night in this Mountain-View-bar-we-can’t-remember-of.

Now, time to get our hands in all that new goodness and see what it gives. See you next year I/O! 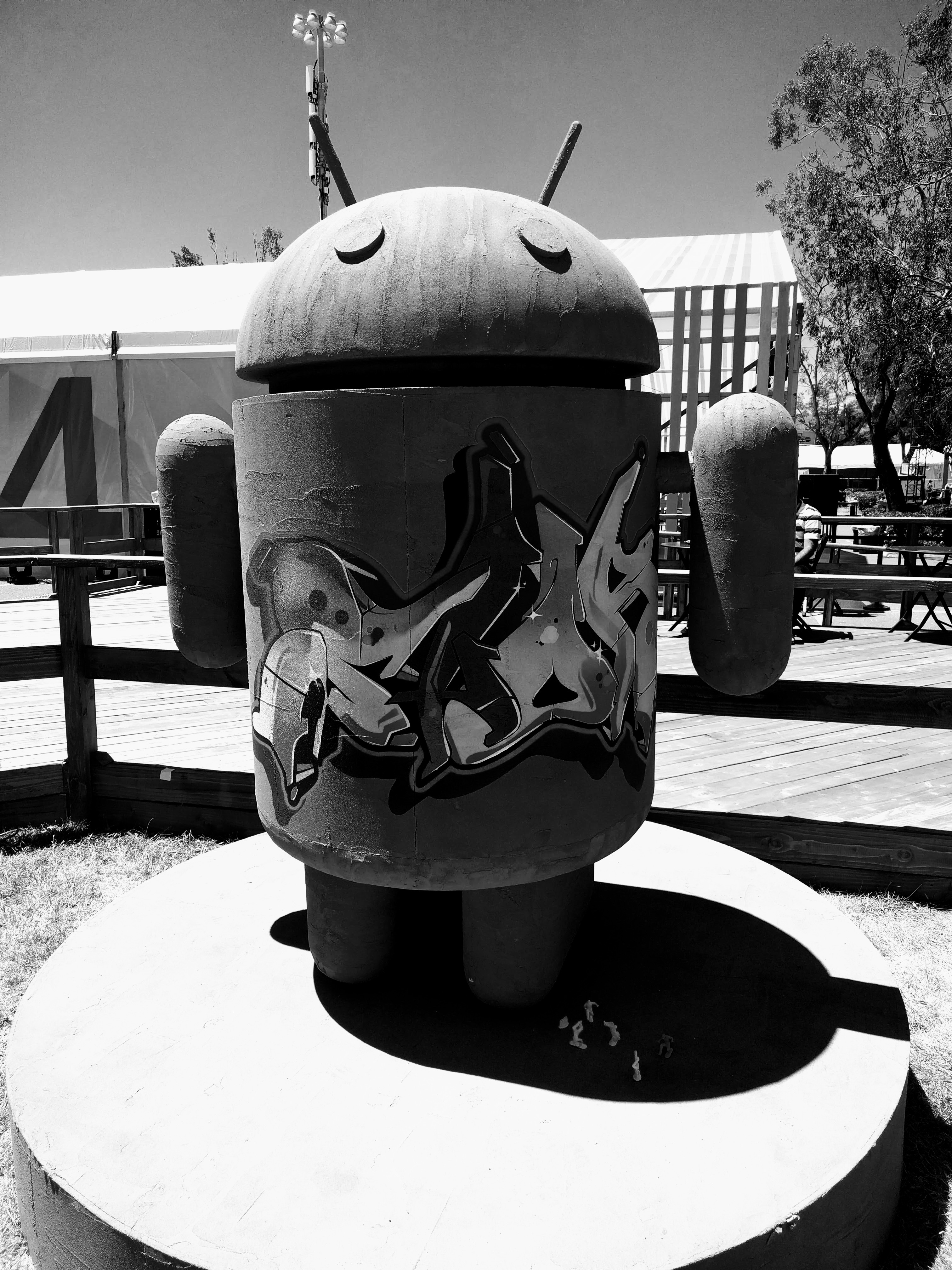 Oh and in case you wondered, our prayers were answered ? Google brought back giveaways! We got a free Google Home, a complete kit to play with Android Things, Chromebook discounts, and Google Cloud credits. This definitely was Android Developer Christmas!