AppiumConf 2019 round-up from the Genymotion Team

Last month, Genymotion team participated in the largest Appium gathering of the year, AppiumConf 2019, held in Bengaluru, India on 14th-15th June, at Sheraton Grand Hotel. As gold sponsors of the event, Genymotion was thrilled to be an integral part of the conference, where the thought leaders of the open-source tool and the community, came together to share their experiences with one another.

This year was a very special one for us, with lots of news to announce. For starters, Genymotion and Applitools have officially kicked off our integration with each other, making it easy for Applitools users to scale their visual tests using Genymotion Cloud virtual devices. Leading up to, during, and following the event, both teams made a collective effort to publicize how engineers can parallelize app tests across all Android devices at once, in order to detect all bugs.

Want to learn more about Genymotion’s integration with Applitools?

Register here to the webinar hosted by Jonathan Lipps (architect of the Appium project, and founder of AppiumPro newsletter) on the topic of “Easy Distributed Mobile Testing for Mobile Apps and Sites.” where he will present the integration in-depth on Tuesday, July 9, 2019.

There’s another reason this year’s conference was so special for Genymotion – we officially launched Genymotion Cloud SaaS Pay-As-You-Go,  our new, industry-leading, flexible per-minute pricing which starts at 5 USD cents. The launch has been well-received among conference attendees. We noticed an uptick in signups for our Genymotion Cloud service immediately following the event. We’re learning that our pay-as-you-go pricing is opening the doors for mobile testing engineers, and presenting greater opportunities at lower budgets that had not previously existed in this market.

We Met a Lot of Appium Users!

Day 1 of the conference started early with lots of excited attendees already waiting for the talks to start. To kick-off the conference, Jonathan Lipps, Appium’s lead contributor, gave an insightful keynote on the future of Appium and mobile testing. Following the keynote, Angie Jones talked about how visual validation works, demoed a live integration into an existing Appium test code base, and discussed the pros and cons of using various visual validation techniques.

Between talks, we had fun interacting with the visitors who were gathering at our booth to learn more about Genymotion Cloud, and understand how to run Genymotion Cloud with Appium. 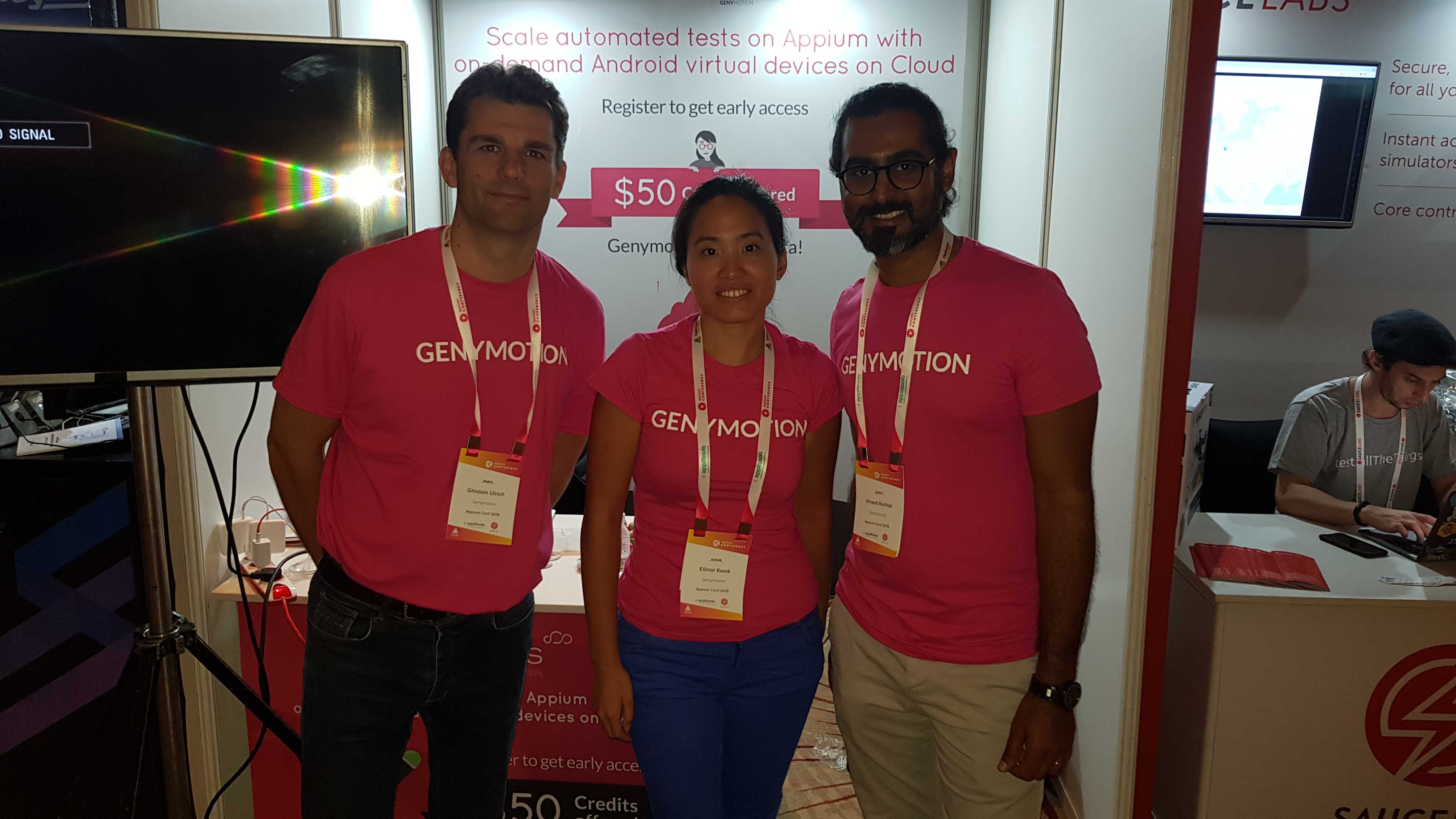 We were overwhelmed by the amount of delegates asking us interesting questions. We fielded questions like, “Should I use physical devices or virtual devices? How do I choose the right emulator? Is Genymotion right for their test automation needs?” and many others. We also met existing Genymotion Cloud users with specific questions on gmsaas, Genymotion on AWS and GCP, etc.

Our pre-sales expert, Ellinor, was super busy between giving demos, meeting the speakers, attending interesting talks… and she still managed to try all the Indian dishes at lunch!

Day 2 of the conference was equally exciting with many interesting talks, and we met more attendees. It was great to see some of the attendees coming back to our booth with additional questions. We gave away lots of Genymotion stickers and Genydroids freebies, which were an instant hit among the visitors. 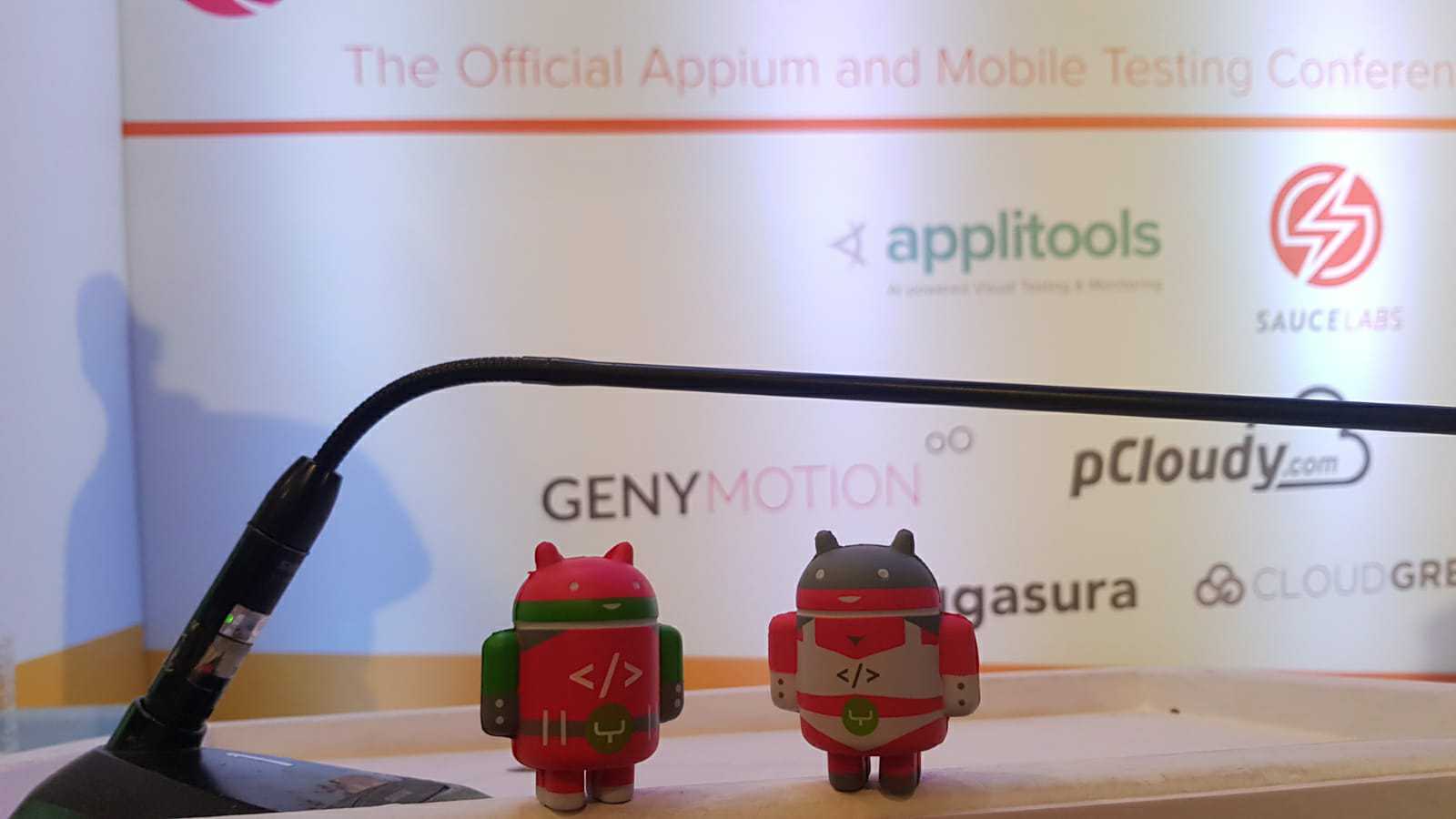 Genyboy and Genygirl decided to have fun at the dais between talks. They didn’t quite speak about Appium, but they were great at stress-busting, and found new homes at hundreds of Appium users in India!

Additionally, event organizers shot a quick video interview with our COO, Ghislain Ulrich discussing the wave of signups for Genymotion’s new pay-as-you-go service during the event.

We were happy to see that Genymotion was also mentioned several times in speakers’ presentations throughout the event, including talks by Vidio, CEX WeBuy, and PicsArt . This shows that the leading experts in the mobile testing use and advocate Genymotion for running their mobile tests. 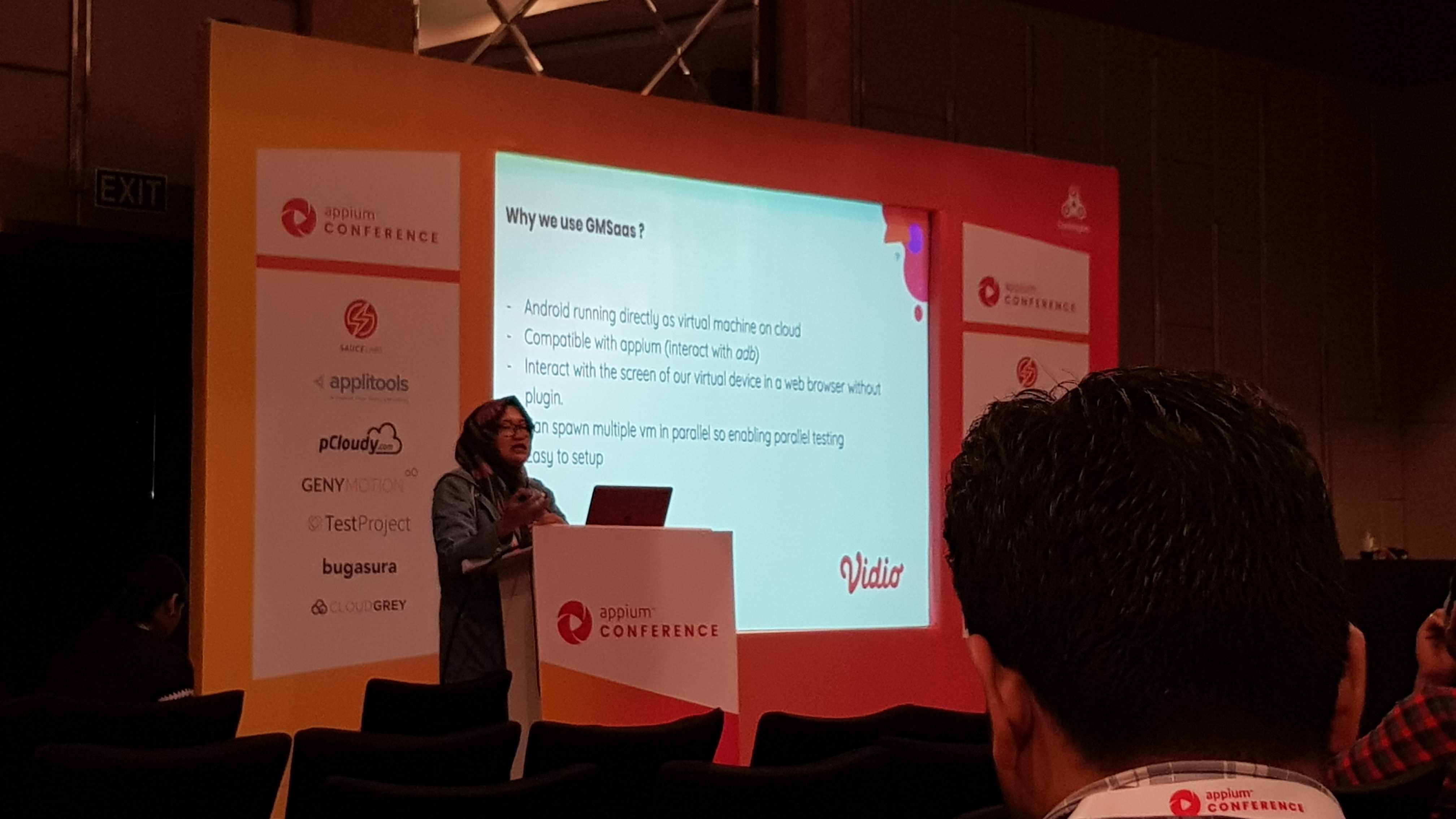 Aisyah Dzulqaidah, Test Engineer from BBM talked about “ Cloud Based Mobile Application Testing with Appium”. She and her team run their Android tests on Genymotion Cloud virtual devices.

It was great chatting with other sponsors at the AppiumConf 2019 as well. In this picture, TestProject‘s CEO, Marat Strelets, is showing our team how Genymotion Cloud can be integrated into their solution. Watch out for more on this! 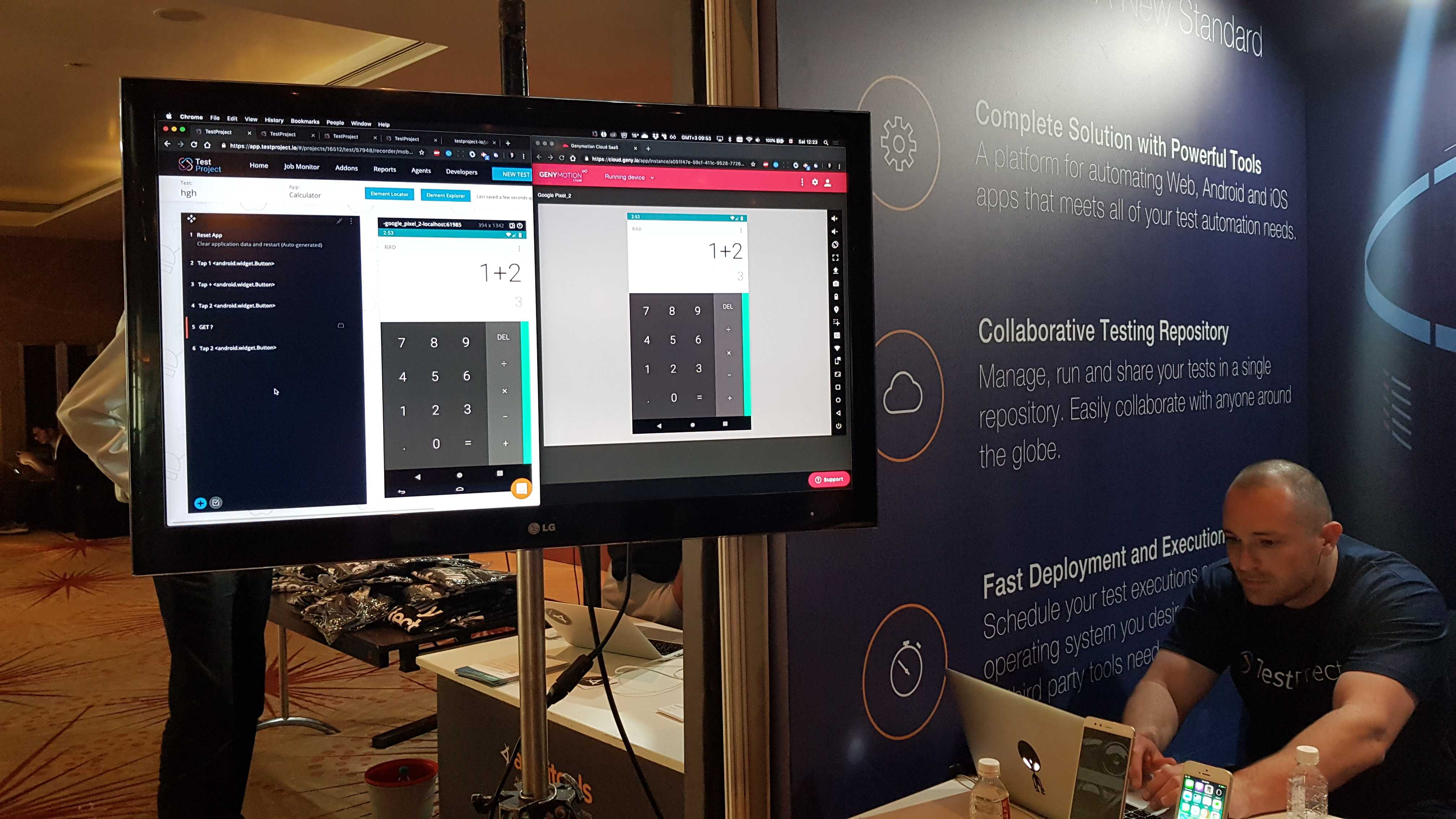 All-in-all, the event was a huge success. We not only learned more about our audience of app testers, engineers, developers, etc. but we had a fun time doing it!